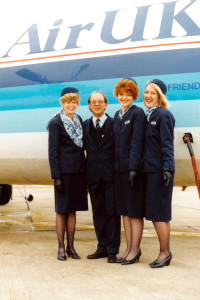 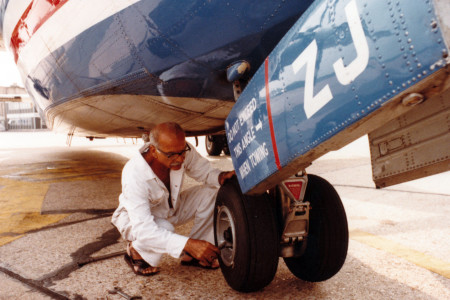 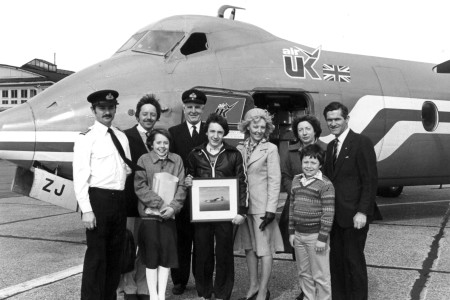 In the centre of the picture is Andrew Strawbridge with his family, a young deaf boy who had a great interest in Air UK, on his left is Judy Stubbs and to her left his George Powe Air UK Manager. At the rear to the left of the Captain his Ginger Wicks Duty Officer, The Captain we have been unable to remember his name, any suggestions? 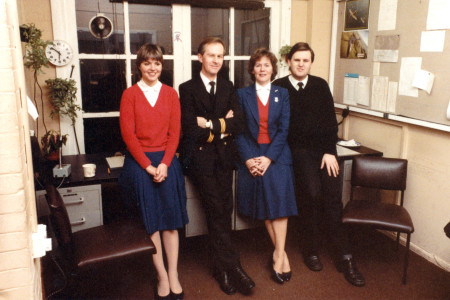 A Traffic Office picture in the old Terminal at Southampton are Jenny Graham, Edward Marshall, Pat Richardson and Graham Scott.

Filled Under : Items of Interest

By continuing to use the site, you agree to the use of cookies. More Information